Dovetale is the industry leader in influencer audience fraud identification. In March 2018, Dovetale went through a technical audit with the New York Times covering fraudulent audiences on Instagram. The audit led to an exclusive story outlining techniques and the scale of the issue on Instagram.

The audience data shown on Dovetale is for a creator's "Engaged Audience". Engaged audience is defined as the audience that has engaged with this account. Audience data is based on approximation and is not calculated from an account's followers. Dovetale's audience analysis tool does not measure and determine fake "Followers" on an account.

How does Dovetale determine bot/ unknown %?

Dovetale deploys proprietary machine learning algorithms to evaluate fraudulent users on social media. In the specific case of bots (better known as fake accounts), Dovetale has built a sophisticated system that monitors several hundred metrics to make these assessments. In general, Dovetale looks at top level metrics such as follower to following ratio, like ratios and comment ratios, but there are behavioral metrics and second/third-degree metrics such as likes/ comments per minute, spam links, phishing links, irregularities in content, asynchronous posting patterns, suggestive profile pictures, reposts without permissions, re-used comments and many more metrics.

How can I see how many bots/ unknown accounts engage with a creator's account?

Please see the 3 step process in the screenshot provided below to see how many bots/unknown accounts engage with a creator's account in the Dovetale platform. 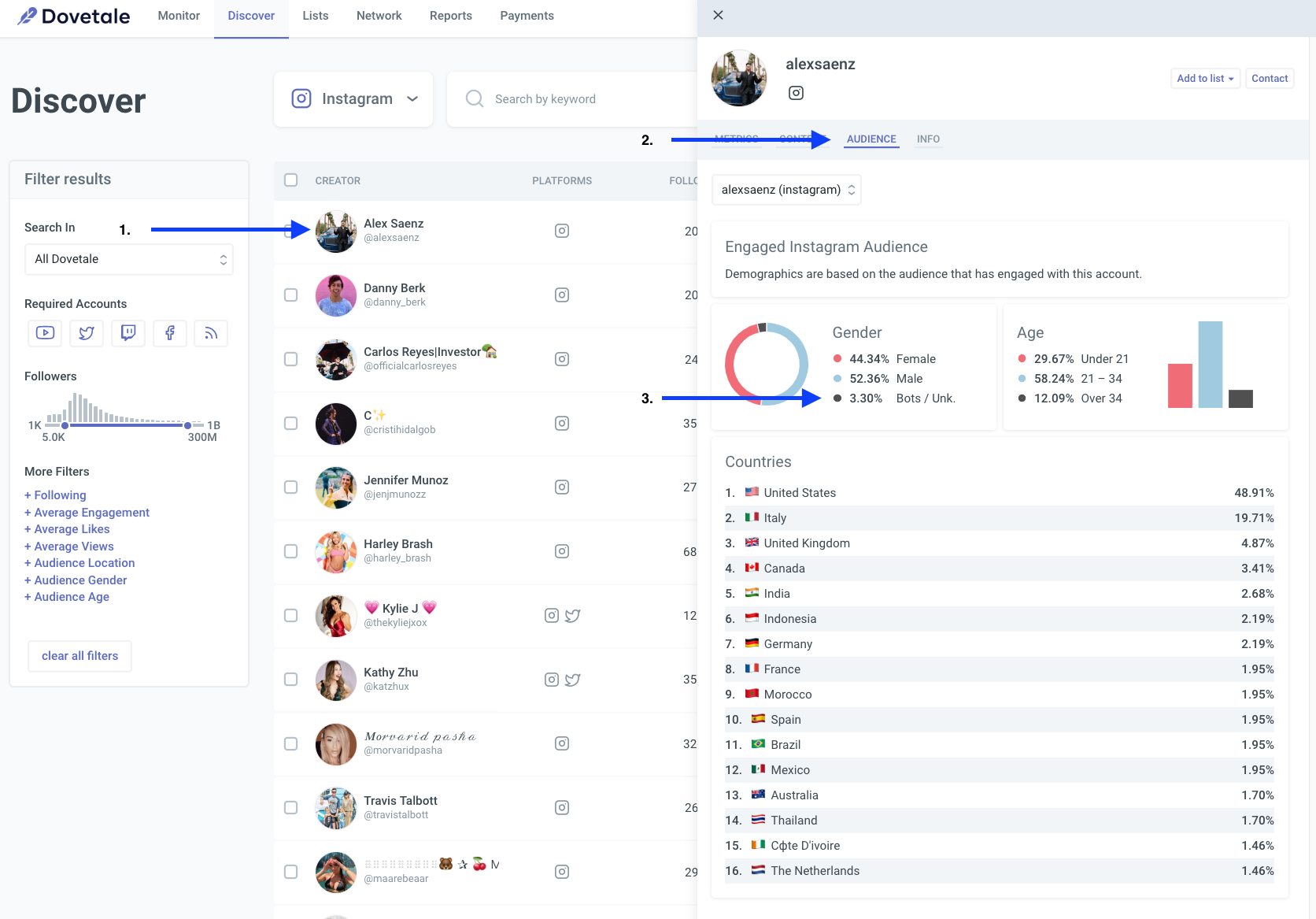 Additionally, big spikes in following or other patterns are strong indicators of fraud. Here is a helpful tweet storm that overviews this: 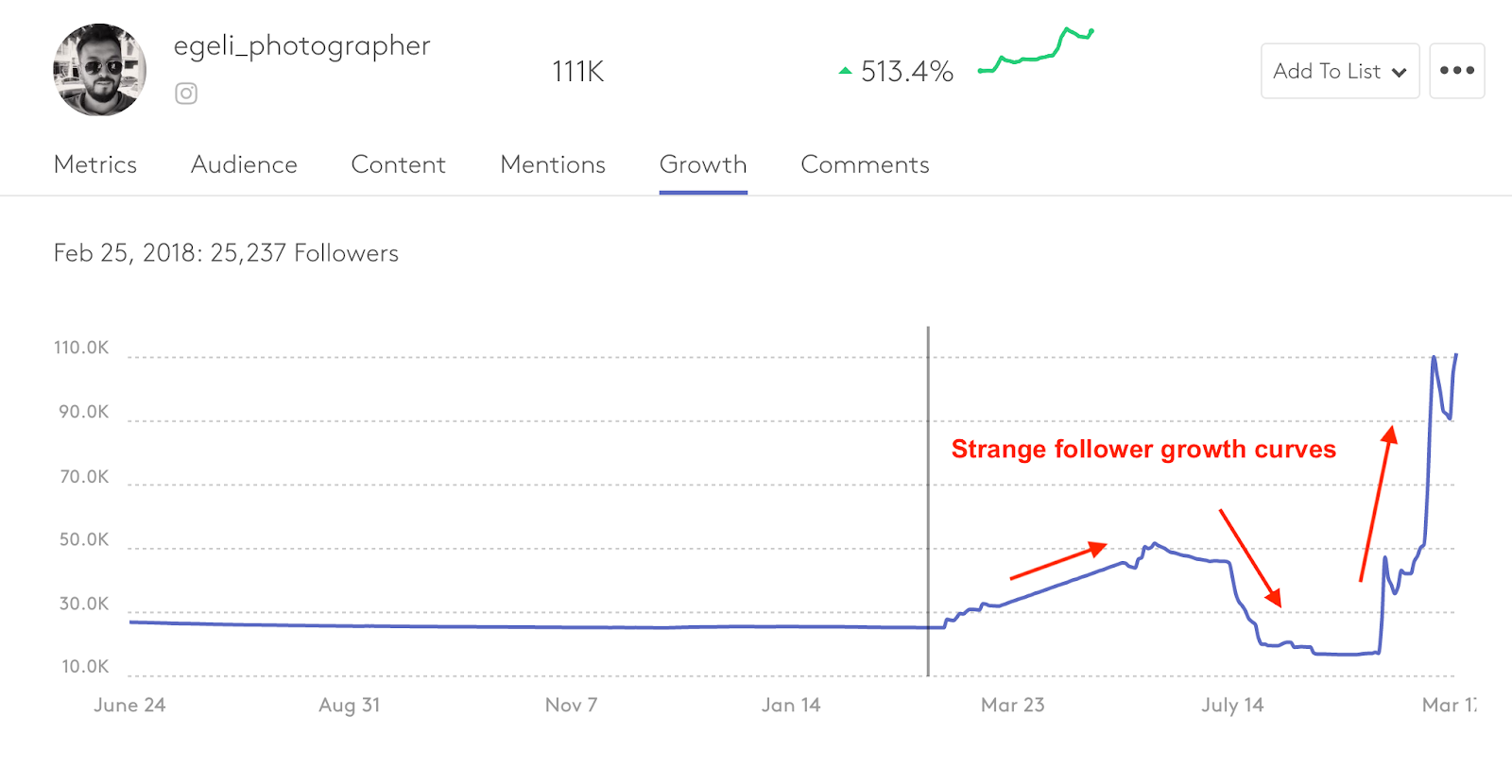 When a creator is added to our database we analyze the users that have engaged with their recent posts (ie. the users that have liked or commented on their posts). We use a variety of machine learning and estimation methods to predict the gender, age and location of these users which make up the creator’s “engaged audience”. This process is rerun for a creator when there is a significant shift in their audience size to ensure that our estimates remain accurate.

If you have any questions about fake accounts, please contact support@dovetale.com